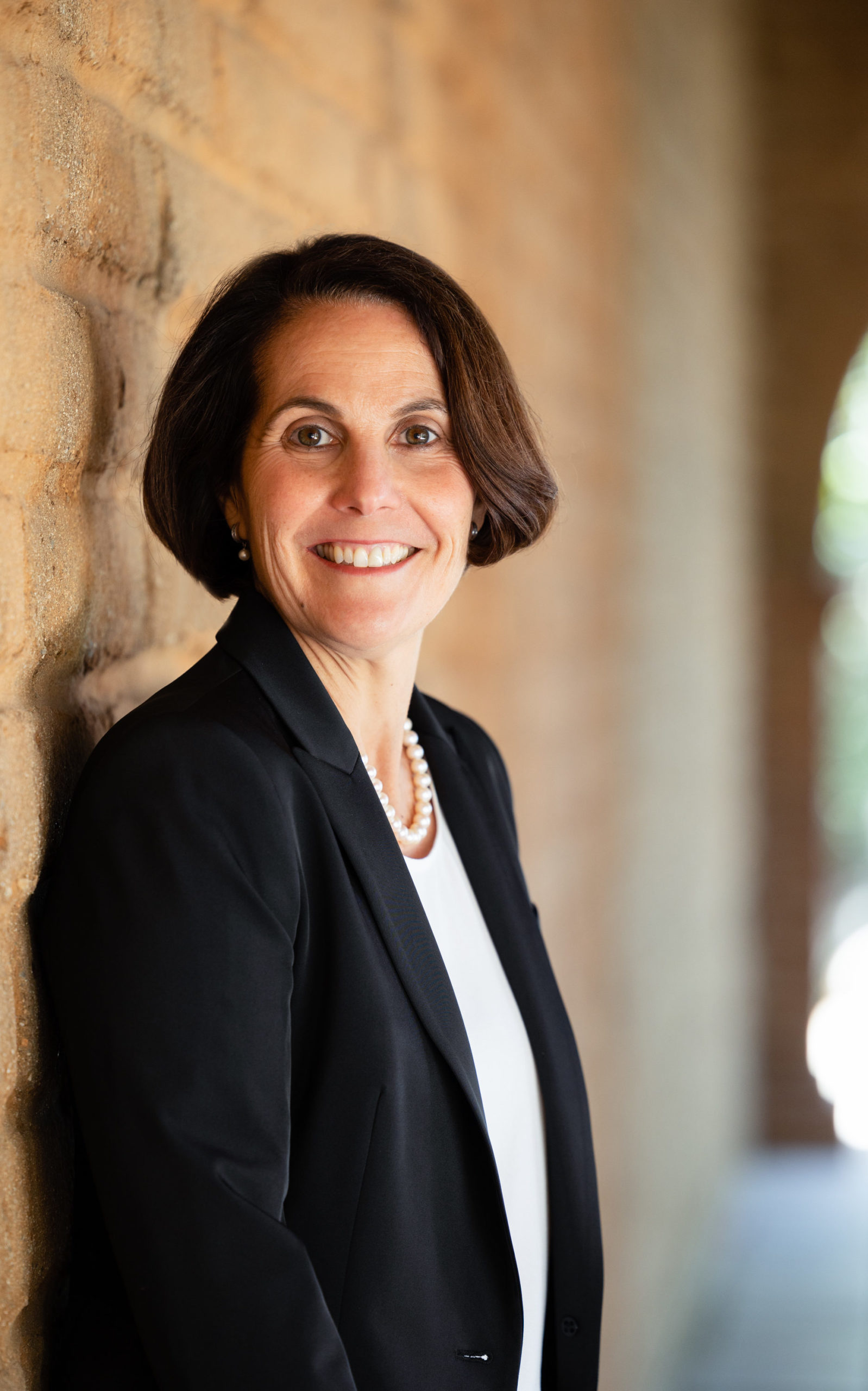 Webb’s Board of Trustees has named Associate Head of Schools Dr. Theresa Smith to succeed Taylor B. Stockdale in July 2023, becoming the seventh Head of Schools in just over 100 years.

In her 10 years at Webb, Smith has guided a transformative reimagining of the curriculum, championed equity in hiring and strengthened Webb’s role as a national thought leader in independent school education.

“Theresa Smith is far and away the best person to deliver the vision and innovation that Webb will need in the future and to build on Taylor Stockdale’s legacy of leadership as Webb moves into our second century of serving students,” Board of Trustees Chair Sanjay Dholakia ’87 said.

Smith, who holds a Ph.D. in history from UC San Diego, started her career as a visiting assistant professor at Claremont McKenna College before joining Oakwood School in North Hollywood in 2002. Stockdale hired her as Director of Academic Affairs in 2011. She became Assistant Head of Schools in 2017 and Associate Head of Schools in 2020.

“I’m deeply honored by the Board of Trustees’ selection,” Dr. Smith said. “Webb is not only the center of my teaching vocation, but my home. I am committed wholeheartedly to our mission to transform students’ lives. I look forward to the guidance I will receive over the next two years from Taylor and the Board of Trustees as I prepare for this new role.”

Over the next two years, Stockdale will continue to lead Webb as the campus celebrates its centennial and Smith prepares for the executive post. After 2023, Stockdale will support the Webb community as Head Emeritus.

“One of the best things I’ve done as Head of Schools is hire Theresa Smith, and it has been a true privilege and pleasure to mentor her as she has grown into an exceptional leader,” Stockdale said. “Her depth of skills, commitment to Webb’s values and focus on creating an engaging, dynamic and relevant student experience will position Webb for even greater success in the future.”